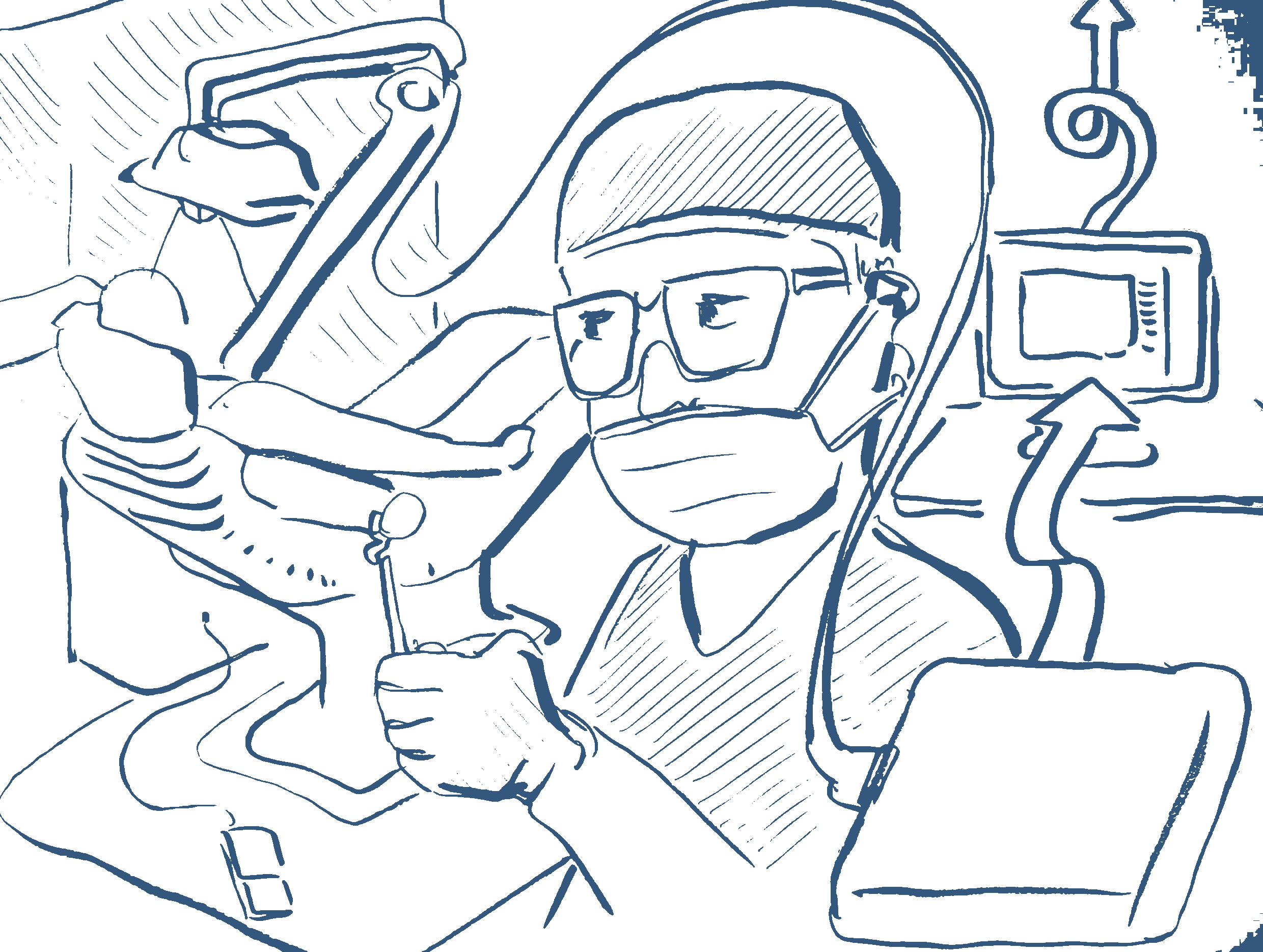 Usually, dentistry, as well as the majority of medical manipulations are not associated with comfort. How to make the patient feel safe, as well as the doctor do their task more precisely and faster? Experience shows, that a lot of time is spent for the loads of documentation, whereas it could and it has to be spent on a patient. So, the documenting device has to be as less interruptive as it can ever be. The existing photo-and- video capturing system provided by the rapidly growing company Futudent is at a high demand from dentist hospitals from West to East. However, collaboration of doctors and engineers could go even further and become more productive by creating the camera setup almost unseen to the users. Team Futudent came up with a great solution such as a carpet with NFC operated system, where a doctor can operate the camera just by light movement of the foot on the surface of the carpet. No wires, no disturbing, clear quick result!